Boris, Evelyn and Jack.  The Secret Life of Walter Mitty. 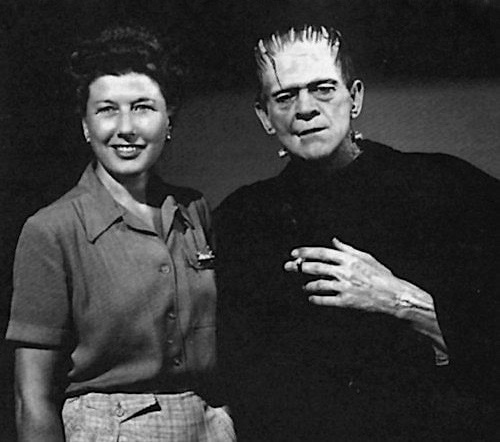 Evie and Boris were married on 11 April 1946.  That summer, the Samuel Goldwyn Company began shooting THE SECRET LIFE OF WALTER MITTY starring Danny Kaye.  Apparently one thing filmed was a dream sequence involving the Frankenstein monster.  While there is speculation that such a sequence was not shot, according to film historian Ted Newsom, it indeed was.  So far, that footage has never been discovered.

It seems extremely unlikely that the Samuel Goldwyn Company would have sought permission from Universal to use the "character of the Frankenstein Monster" and enlisted Jack Pierce to recreate it on Boris just for everyone to mug for some still photos.  Above and below are photos of Boris as the monster, Evie, Jack Pierce and Mitty's director Norman Z. McLeod.  Also below, the permission letter from Universal to the Samuel Goldwyn Company.  According to documents I've found from 1950 and 1953, A. R. Evens was an executive at Samuel Goldwyn Company and Emmett P. Ward was 'industrial relations manager' at Universal Pictures Co.

I don't recall talking with Evie about this filming, but again, my memory has faded in the 49 years since I met her.  I feel it's quite possible this footage from 1946 still exists.  It would take some detective work to find, but it would be a gem to discover. 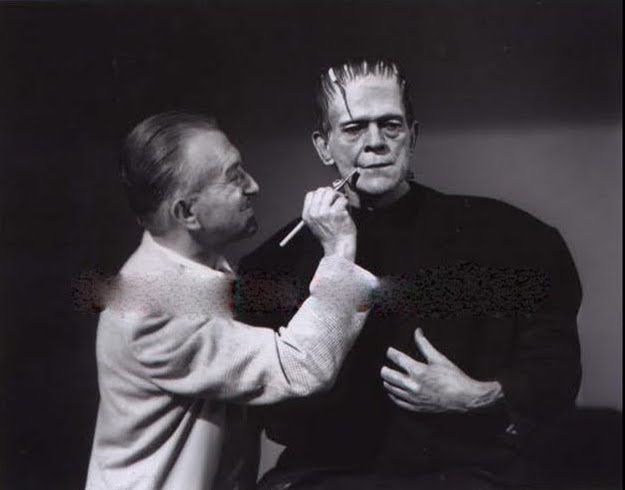 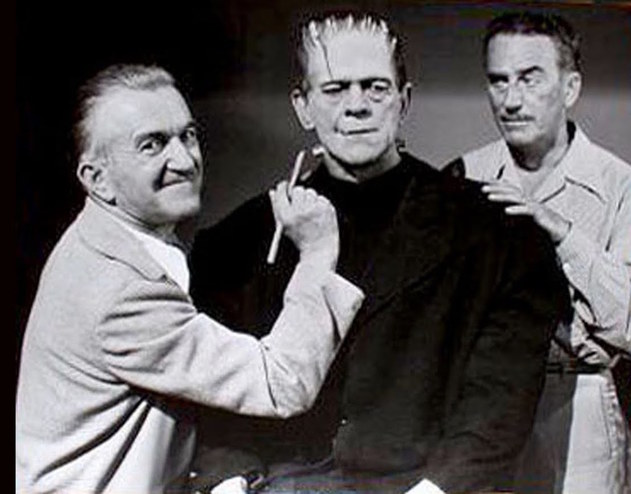 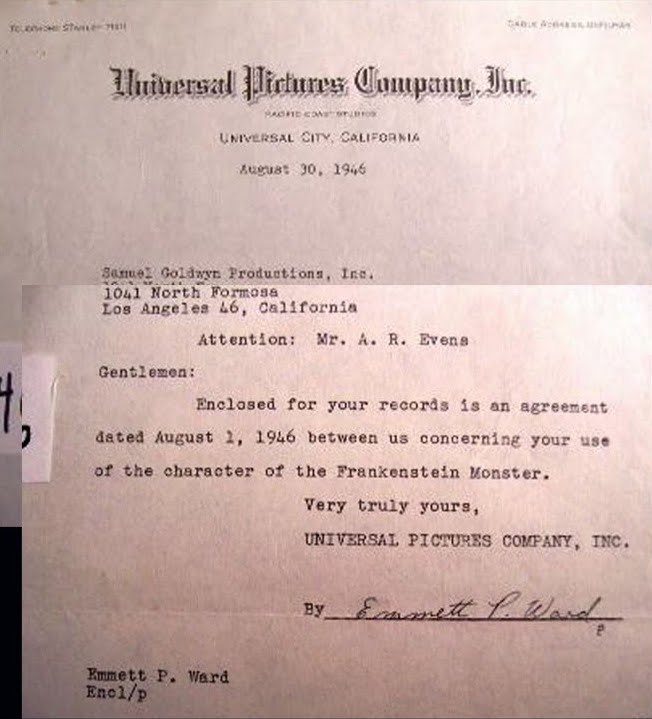